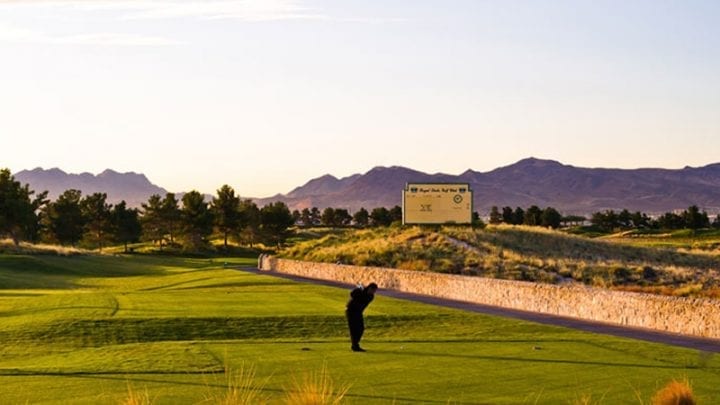 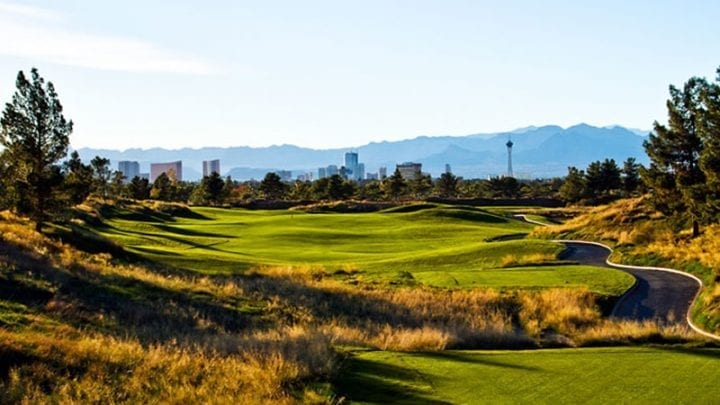 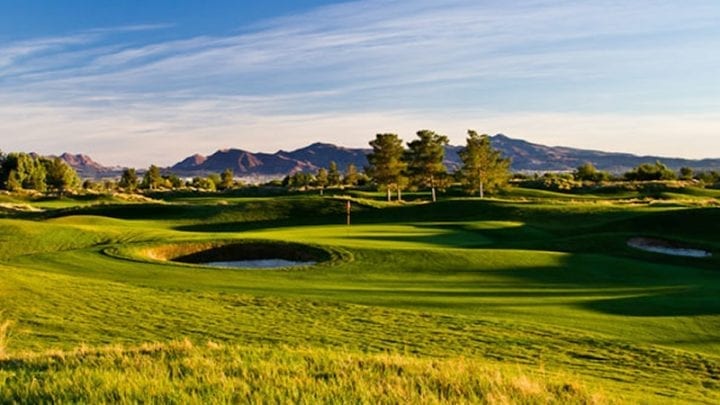 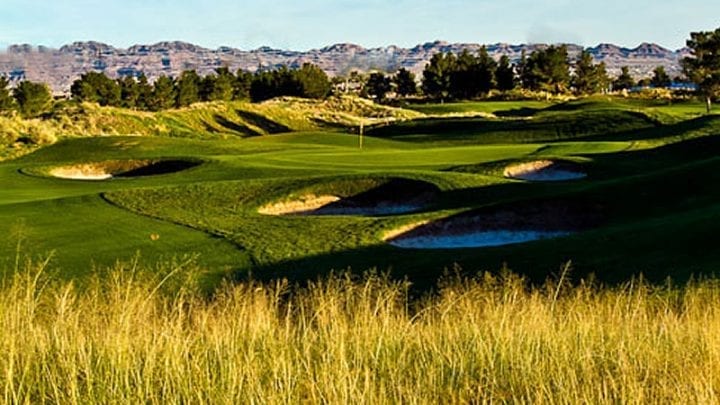 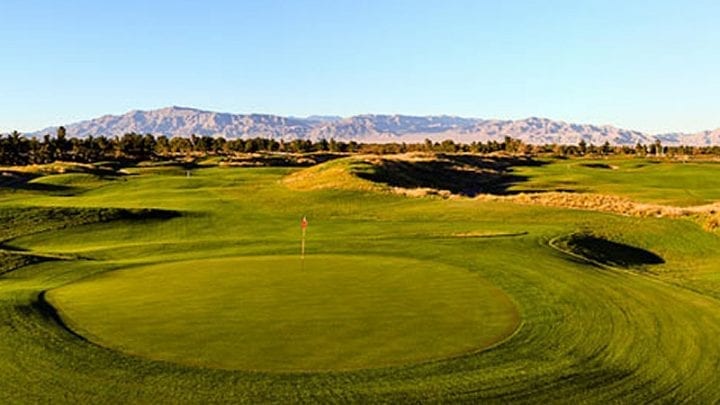 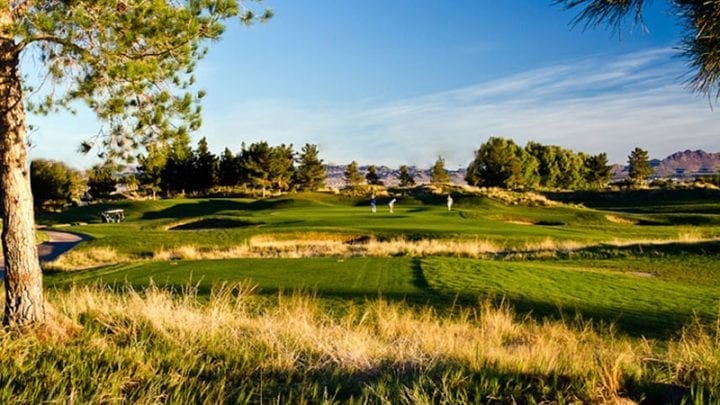 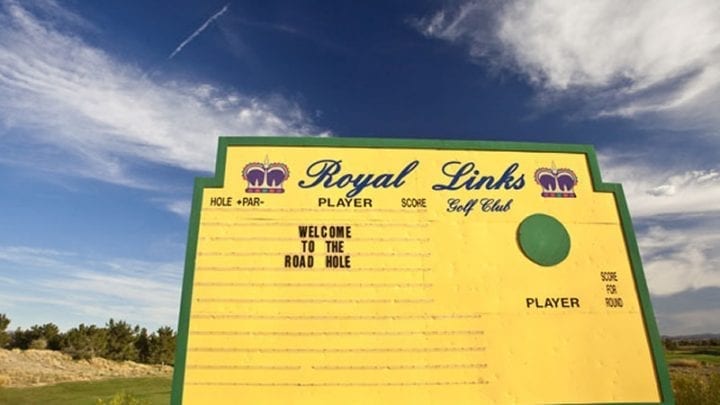 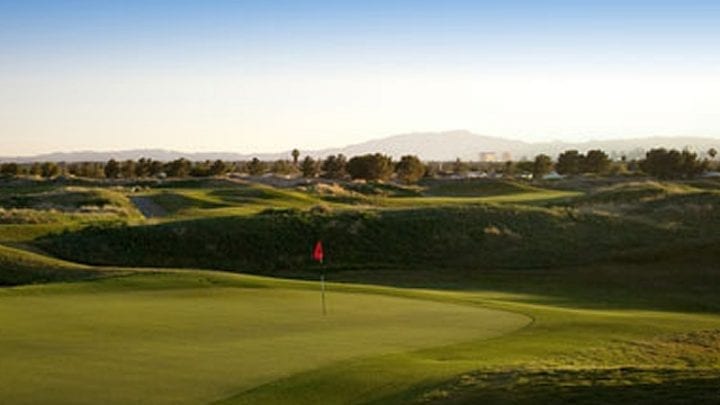 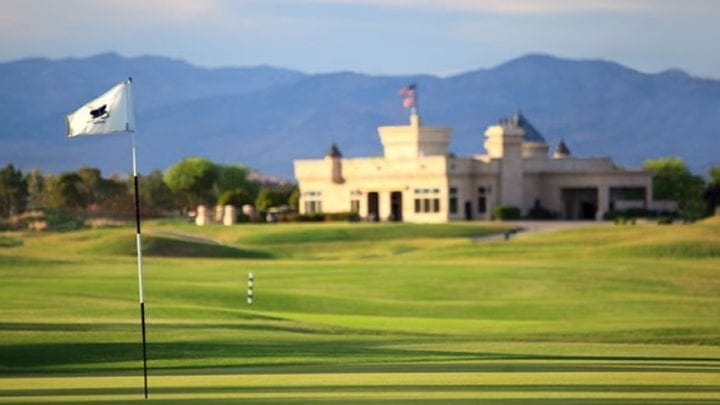 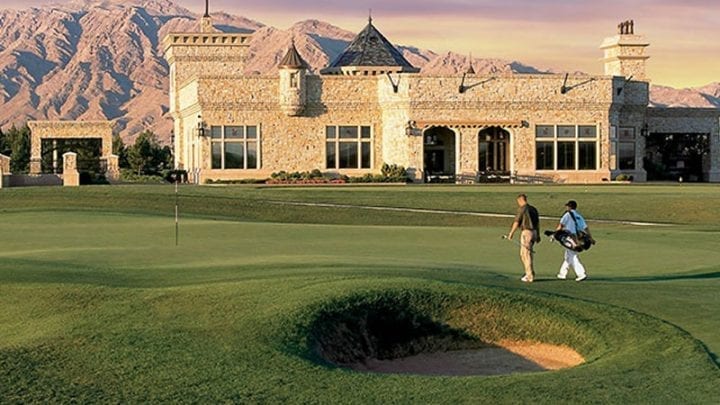 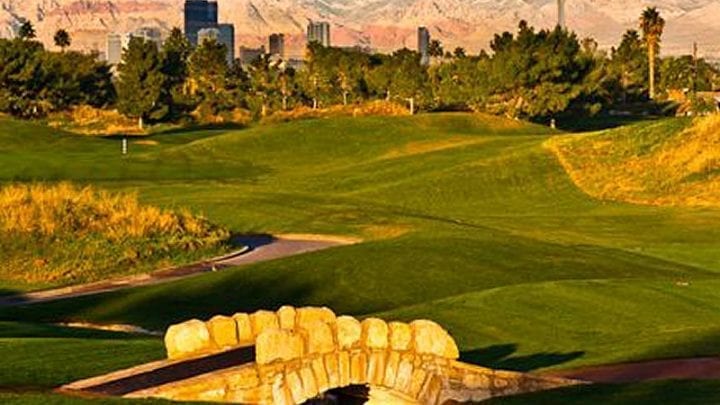 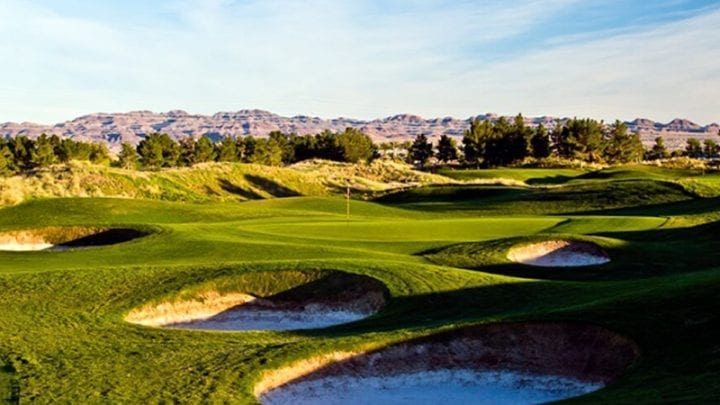 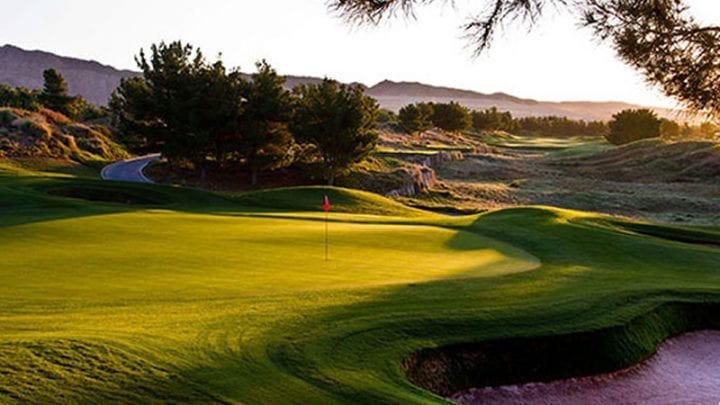 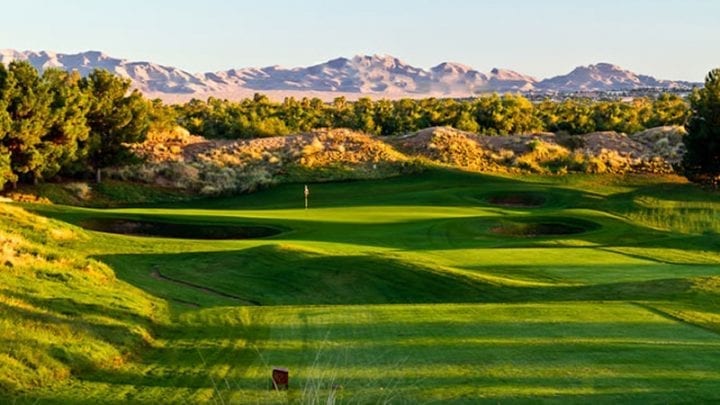 Dynamic Pricing Explained: A new strategy taken on by certain courses in the city where the price for each tee time throughout each day is based on supply & demand. The more tee times available the cheaper the price, as the tee sheet fills up the price begins to increase.

END_OF_DOCUMENT_TOKEN_TO_BE_REPLACED

Daylight Savings Time begins on March 8th, 2020 and ends on November 1st 2020. With late twilight times and early sunsets November-January in Las Vegas, it is unlikely you will finish your round prior to sunset. Please give your group at least 4 1/2 hours to complete all 18 holes using the chart below as a reference for the sunset on your golf days. Twilight and Super Twilight times are not guaranteed finishing times. About | About Royal Links Golf Club

Missed your invitation to play in the British Open? Not to worry, you can play 18 of the best holes of the Open rotation courses right here in Las Vegas at Royal Links. Royal Links Golf Club was created to honor the rich tradition and history of the game of golf. It is one of the most unique playing experiences in the country. This Links style course faithfully recreates holes inspired by the British Open rotation such as "The Road Hole" and "Hell Bunker" from the old course at St. Andrews and "The Postage Stamp" from Royal Troon. Other courses in the loop include Carnoustie, Turnberry, Royal Liverpool, Prestwick, Royal Lytham & St Annes, Muirfield and Royal Birkdale. A yardage book and/or a golf GPS unit is recommended as many of the holes are truly Scottish in design and flair, and have deep, hidden bunkers and hazards. Monuments were erected at various points throughout the course indicating spots where great moments in British Open history took place. A Champions Wall is situated near the practice green honoring American champions of the British Open. This isn't your typical round of golf, and whether you are into the history of the game or just want a shot at Tiger Woods course record of 67, Royal Links will provide you with some very memorable golfing.

The castle-style clubhouse adds to the atmosphere and includes a golf shop, which was named one of the top golf shops in America by Golf World Business Magazine in 2004. The shop is stocked with quality merchandise, art and collectible memorabilia. Stymie's Pub is an English-style tavern serving traditional fare from the lands from which its inception was inspired. Located less than 20 minutes from the Strip and 15 minutes from Downtown, Royal Links was voted one of GolfWeek’s “Best Courses You Can Play” in 2014. Other accolades include; TripAdvisor “Certificate of Excellence” – 2015, Four-Star Recognition for Places to Play – Golf Digest – 2014, and Golf Magazine's "Top Ten You Can Play" for 1999. Royal Links is a must-play when in Las Vegas. Royal Links is a premium daily fee facility.

Clothing that is not appropriate includes: denim shorts, denim jeans, t-shirts, swimming attire, gym shorts, halter-tops, tank tops, cut-offs and other dress that is deemed inappropriate. The Club reserves the right to refuse service to anyone who is dressed inappropriately. Non-metal spikes must be worn while on the course.